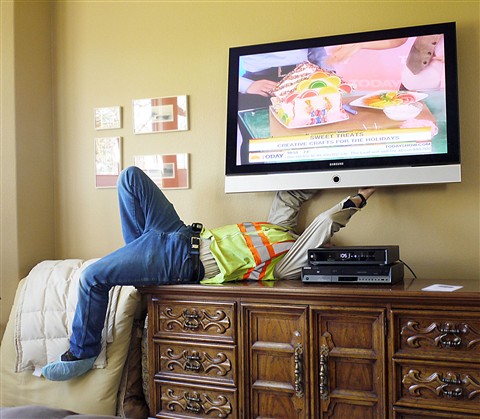 Our business is unique, because we love what we do and enjoy it too.

We have been in business for more than 15 years and we will continue to service our community.

We have been repairing Televisions and audio visual equipment even before Plasma TV and LED technology was introduced. We have seen the changes in technology and advanced with it. We have expanded our business, we don't only repair but we install digital antennas and wall mount and install LED and Plasma on the wall where you want it to be, along with installing Television outlets for the new television you bought.

What are you waiting for?

Don't hesitate and call us now for a quote!